As London Fashion Week kicks off this weekend we wanted to take a look back and share one of our not so average fashion shows!

Some locations are so precious they cannot be hired, this makes them priceless, turning them into PR gold.
When Mischief PR wanted to stage a headline grabbing fashion show outside an iconic London location we went one step further. We scoured London for iconic backdrops which had never been used like this before; we planned to use locations that were effectively out of bounds.

The stunt was to mark the tenth season of Vauxhall’s Fashion Scout show at London Fashion Week. Models sashayed down the world’s first Car runway, a specially designed 20m long catwalk built on top of a row of cars.

We managed the production, from start to finish, including location management, designing and fabricating the Catwalk and organising vehicle logistics. 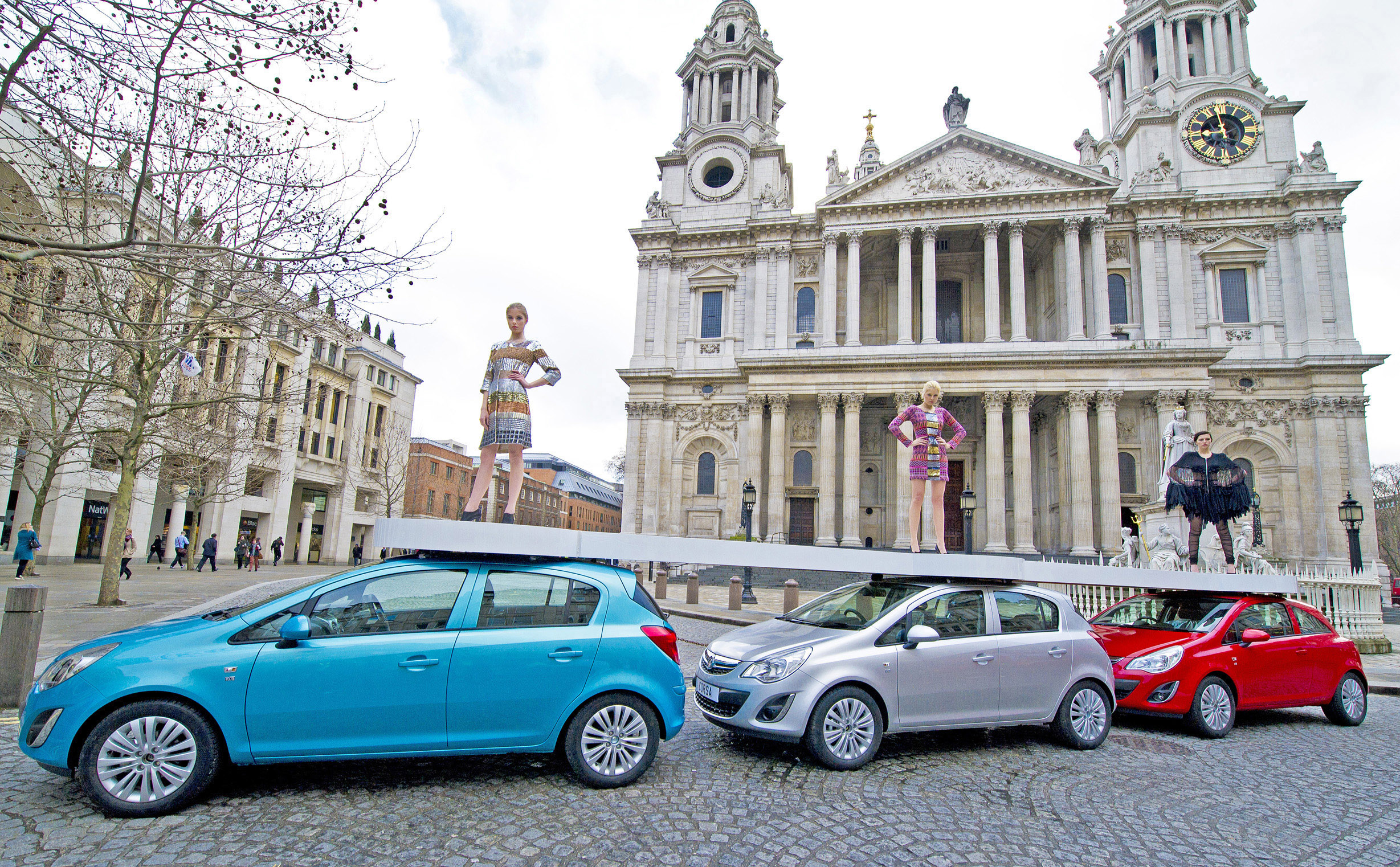 Our motorcycling location manager led the cars through the city, before being guided into position by our head of production using a bespoke steel guide ramp.
Once the Catwalk bridging sections were dropped in place we were ready to go. The models were assisted into position; before the crew discreetly ducked down out of shot, ready to lend a hand when needed. 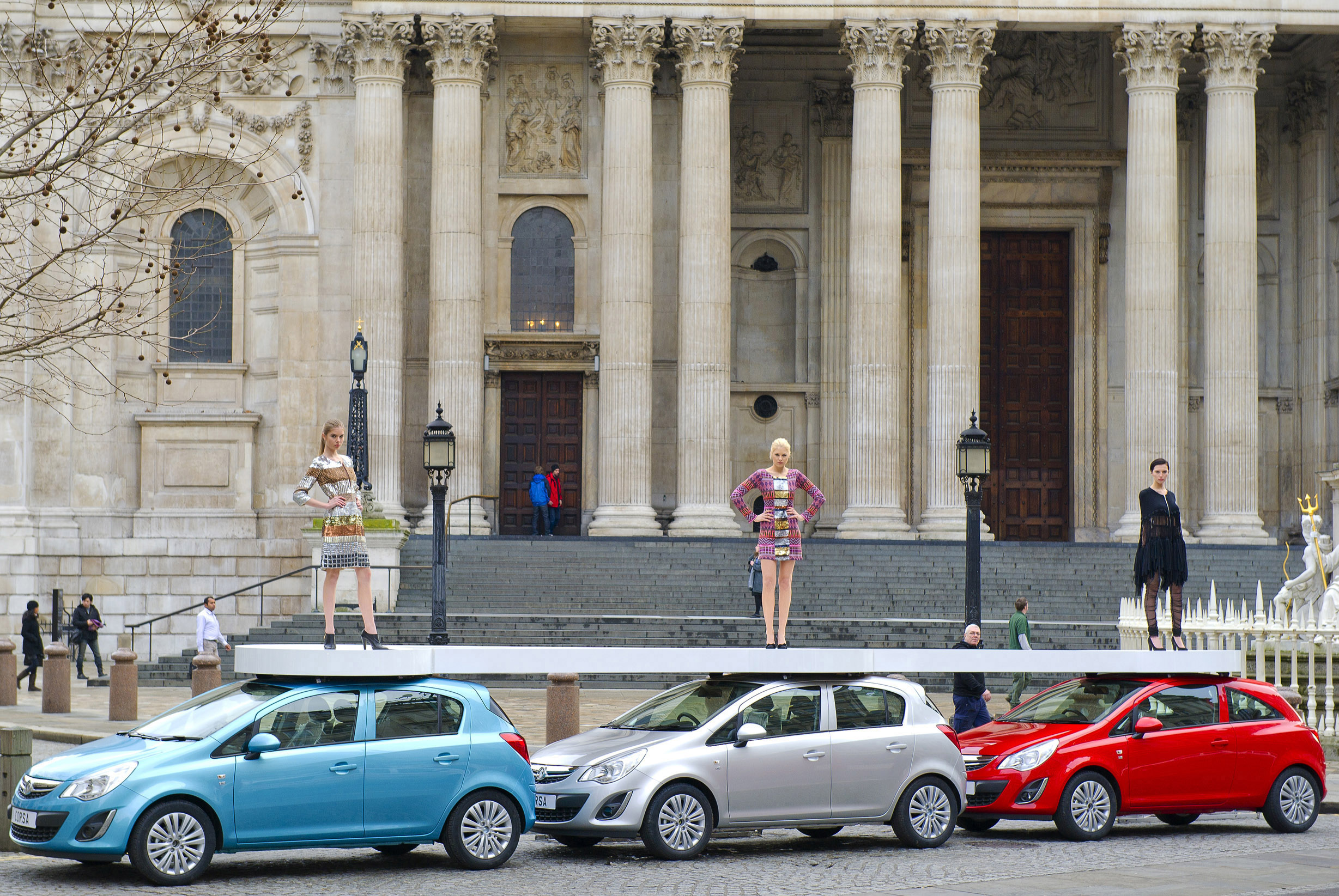 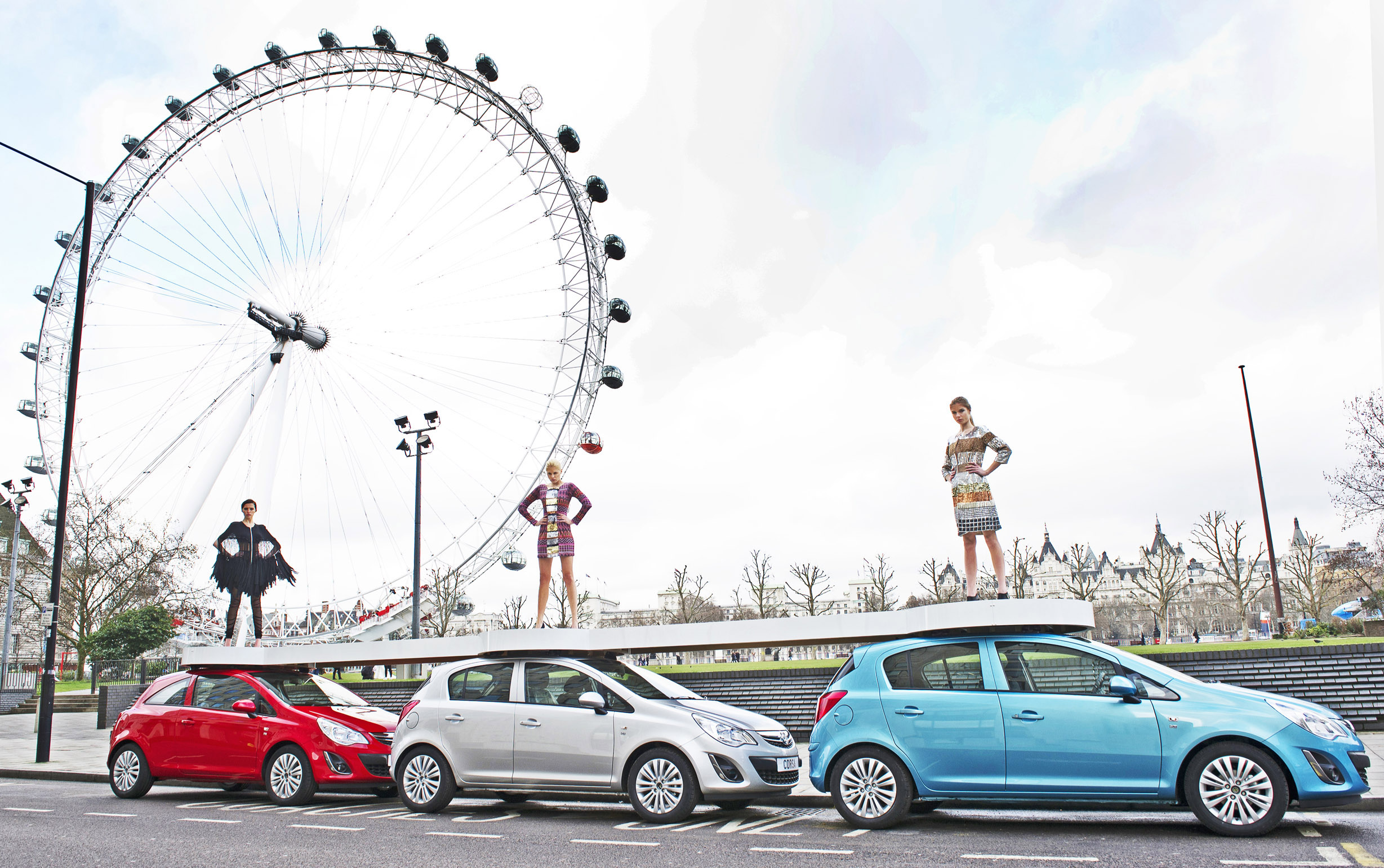 The whole thing was carried off so discreetly that the authorities left us alone for over half an hour, allowing plenty of time to get our shots.  We then moved to our back-up location at the London Eye, where we secured another set of stunning pictures.
This was a fine example of how a golden opportunity can be turned into priceless media coverage.