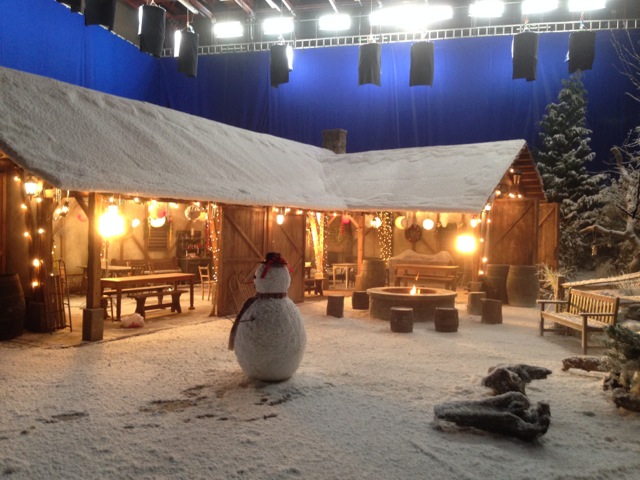 In case you are already missing christmas here is a reminder of the advert we built for Iceland for christmas 2013. The studio was converted into a rustic barn decked out for a lavish christmas party, in an evergreen forest dusted with snow. The advert was shown across the christmas season to showcase the food and drink in the Iceland festive range.

The stage at pinewood studios was converted in just 3 days with a half day pre build at our facility in Woolwich. 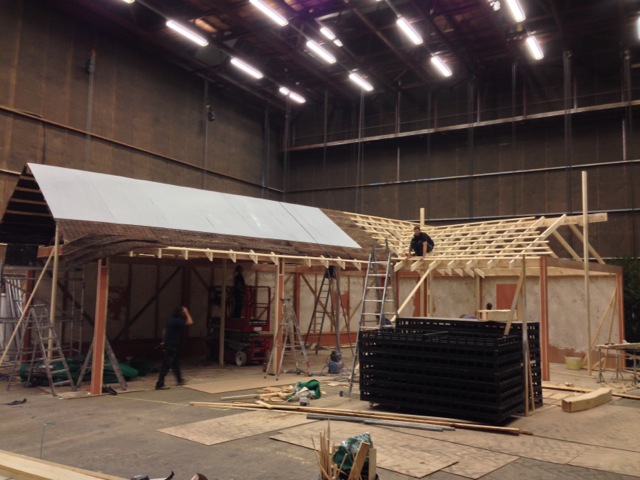 On day 1 in the studio all major elements were delivered and installed. The barn took shape, ready for day 2…

As the forest went in it really began to feel like a winter wonderland and finishing on the inside of the barn went on at high speed. Just like the night before christmas it was all systems go to get everything ready.

And on day 3 the snow arrived, the electricians installed lights and everything really began to sparkle. Possibly the fastest christmas party we have ever created. 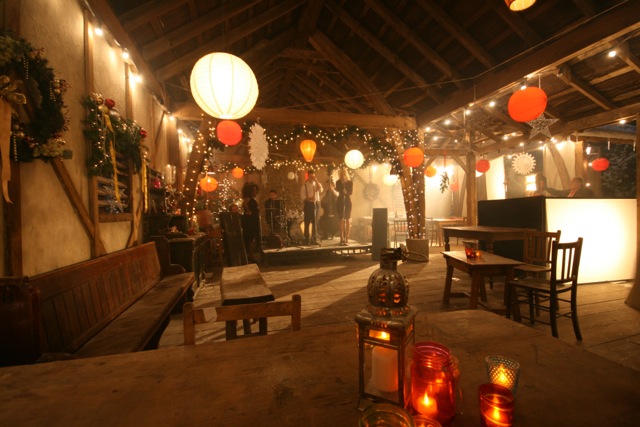