We spent a slightly misty dawn on the Thames foreshore yesterday, in anticipation of the launch by Amazon of Black Sails set to storm into London this week. With the lovely Miss Cakehead and Mischief PR we created a charming scene of gruesome pirates suspended in gibbet cages against Tower Bridge as a backdrop.

Our motley crew had spent days scouring the inlets and slipways around the river to find the perfect shot. Then as dawn arrived they were in position with gallows installed to capture some miserable pirates and string em up. Cast, costumes and expert make up at the ready, even the mist co-operated to allow views of The Shard in the distance. 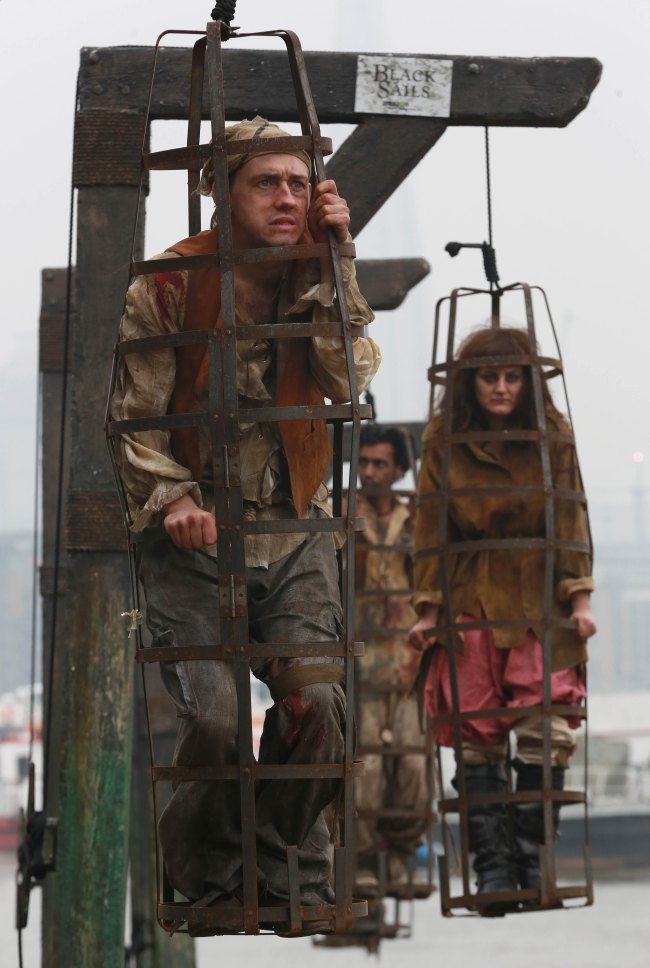 The gallows and gibbet cages were aged to match the detail of the show set on the high seas in the 18th century, which is realeased on April 4th on Prime Instant Video.

Even the Thames River Police were intrigued and came to see if we had the troublemakers under control. 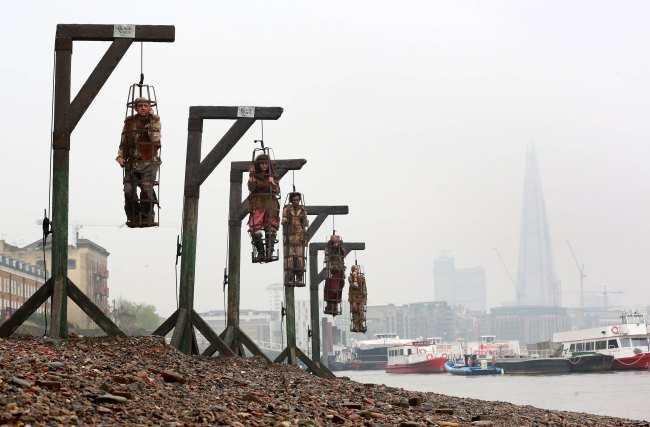