Your work in the news (with a little help from us)

We often get asked what coverage can be generated by our projects so we thought we’d give you a little taster of what we have acheived with recent projects. We update our Pinterest board regularly so do dip in to www.pinterest.com/helixworkshop/helix-3d-press/ when you get a chance or have a look below for a bit more detail.

Our long time collaborators at Mischief involved us in a project to create a Tweet shop for Special K’s new cracker crisps. We built a pop up boutique with glamourous finishes to welcome their visitors in Soho. This set the scene for an experiential exchange which delivered much more than a giveaway and created a buzz of friend to friend messages. Business was extremely brisk with 1,500 visitors in a week and 240,000 followers seeing personal recommendations of the product. 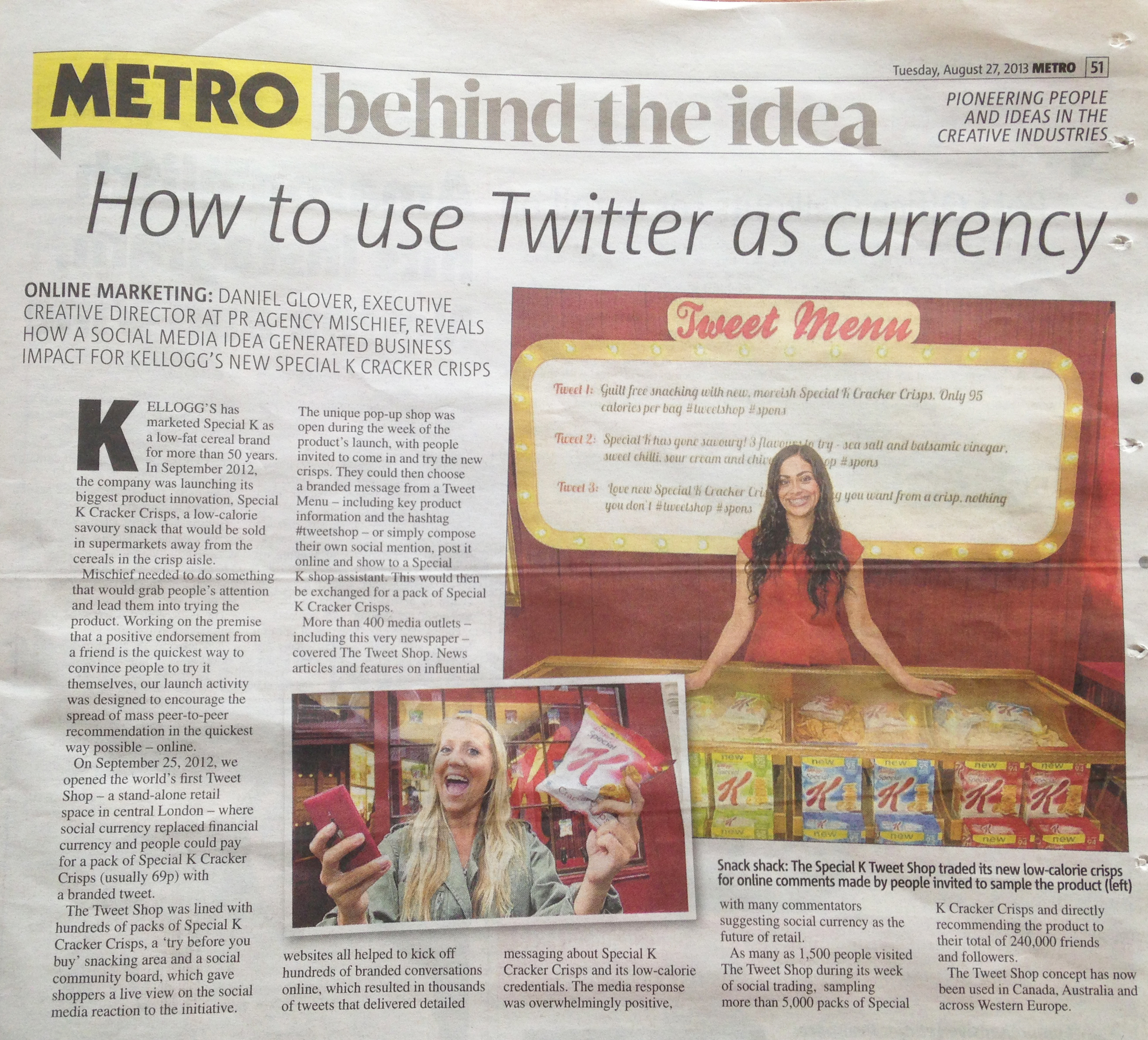 For a completely different creation we converted part of our workshop into a mini studio. The Happy Egg company wanted to show off one of their star layers creating the freshest pancake around, so with a bit of Heath Robinson inspiration we produced The Pancakomatic. It caught the mood just before Easter and appeared in The Sun and Metro. 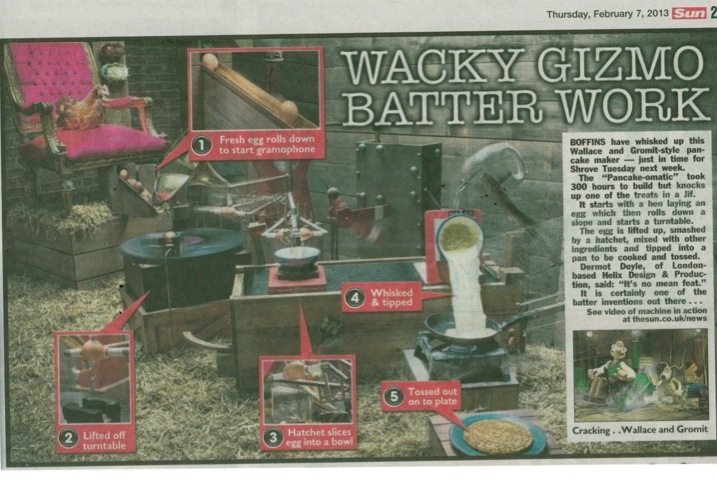 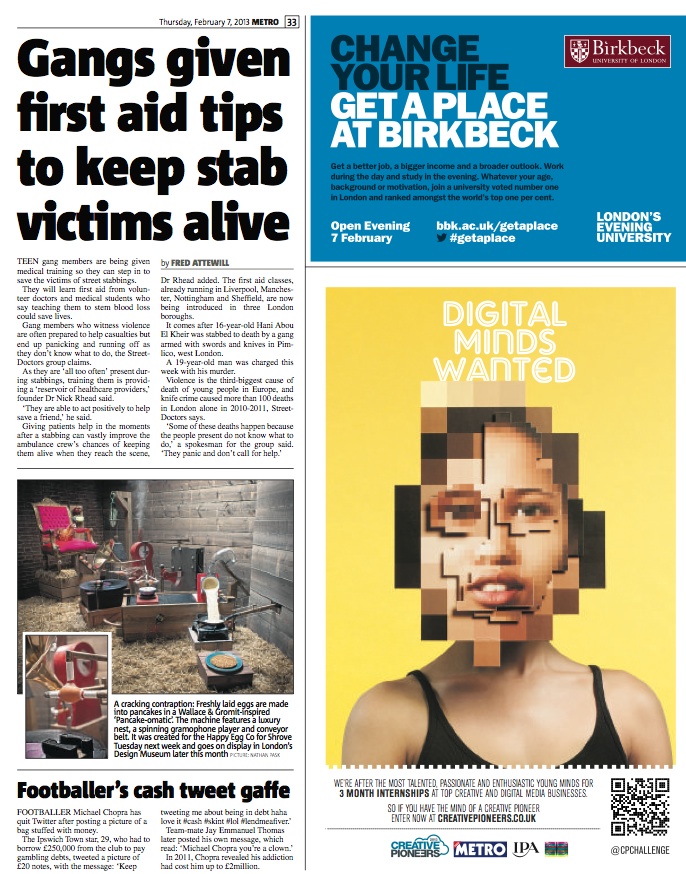 Recently we’ve seen our work in The Times whilst promoting the launch of Black Sails on Amazon Instant video. The photo shoot on the Thames foreshore generated images which appeared in several papers and generated plenty of online chatter. 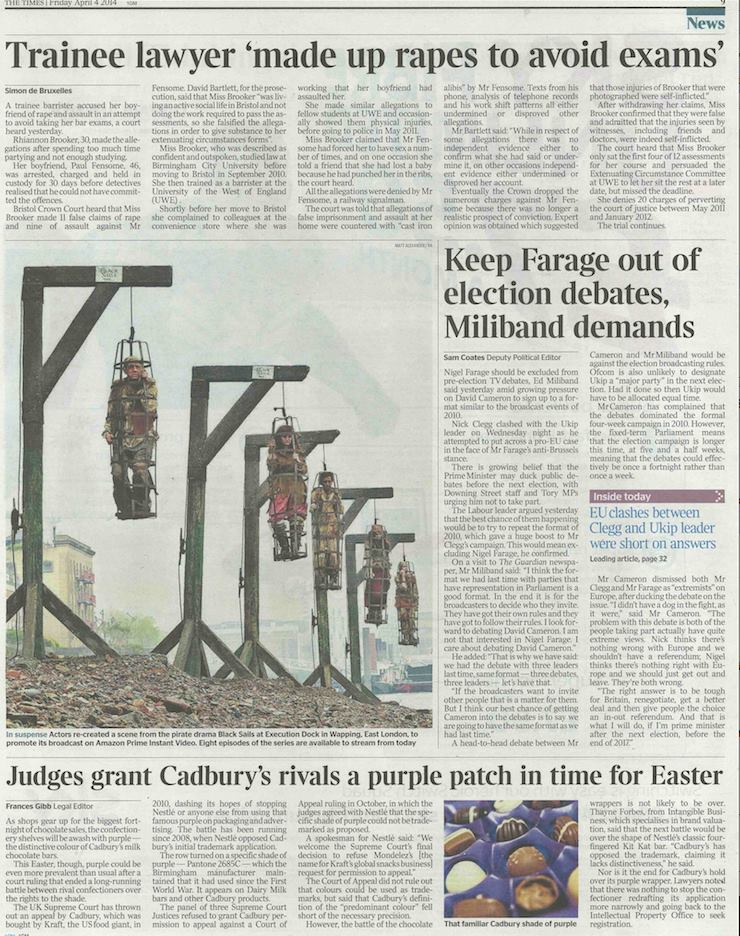 We have also seen our Giant Hanging Basket make the news for the launch of boutique Hotel Indigo in Paddington, a record breaking Bed Jump in London, New York, Paris and Shanghai, an enormous Sofa on Hackney Marshes and a Guniess World Record setting Giant Shower for Lynx on Bournemouth beach.

We will happily help you tailor any PR event to make the most of catching deadlines and wowing journalists with great images.