Our crew have been slaving away over the last week to produce a little something for a trip to the seaside. With Dan Glover ‘s new company The Academy plans have been hatched for a little suprise for Bournemouth.

After much monster research, visuals, macquettes, samples and client meetings a plan came together to create this……. 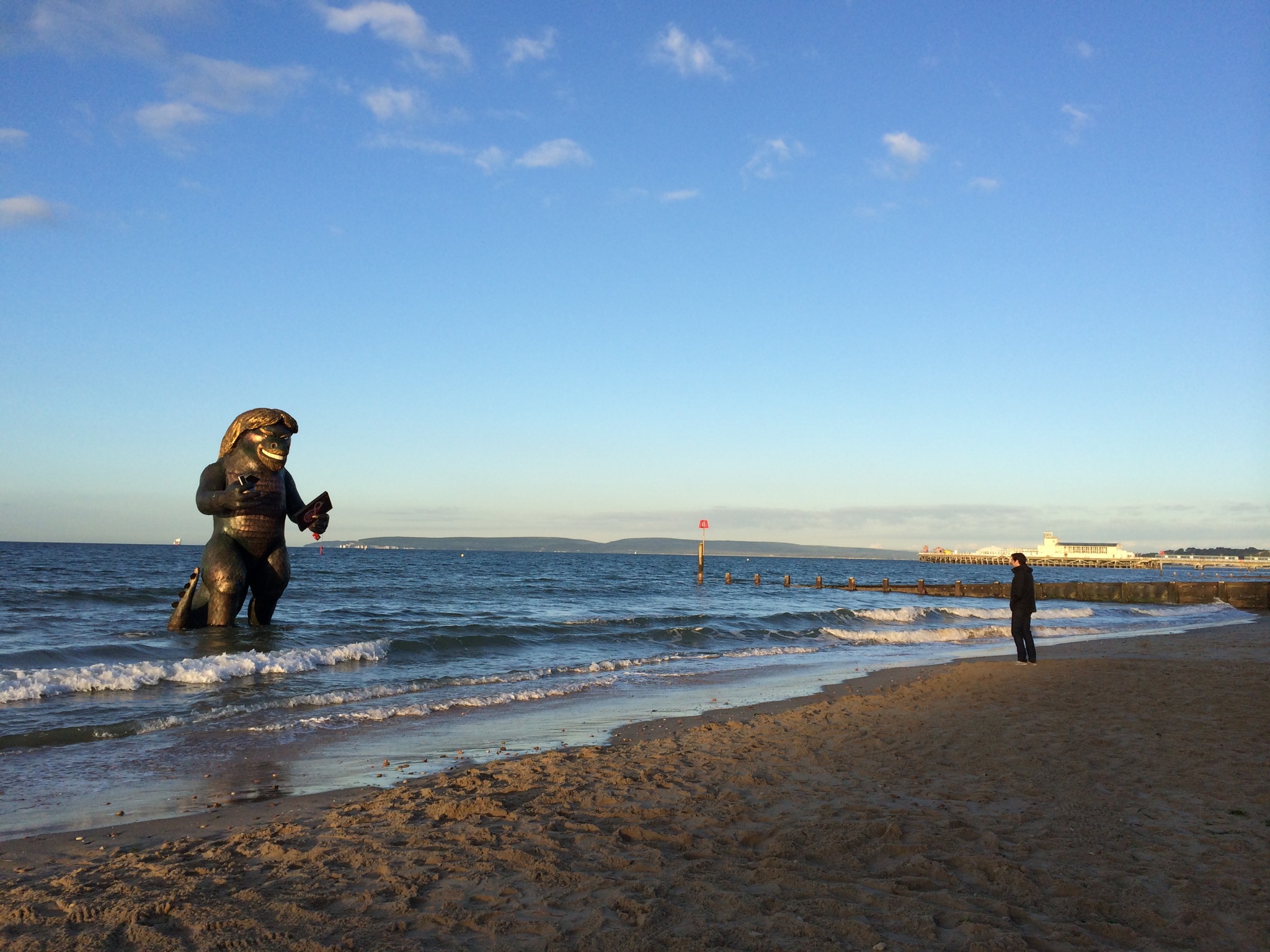 Here he comes, landfall for the big guy. 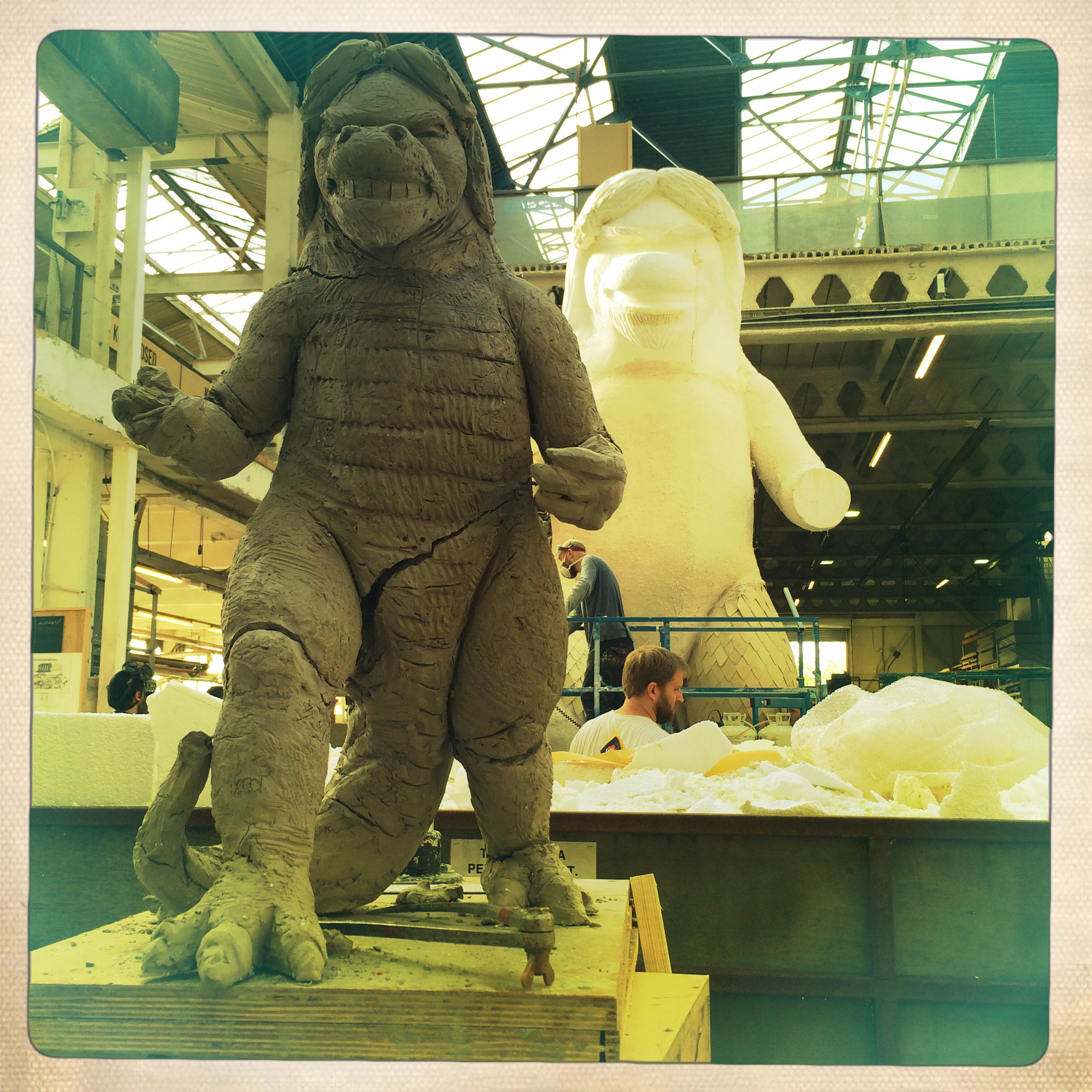 And in less than a week he wasn’t just huge but scaled, textured, painted and ready for loading. 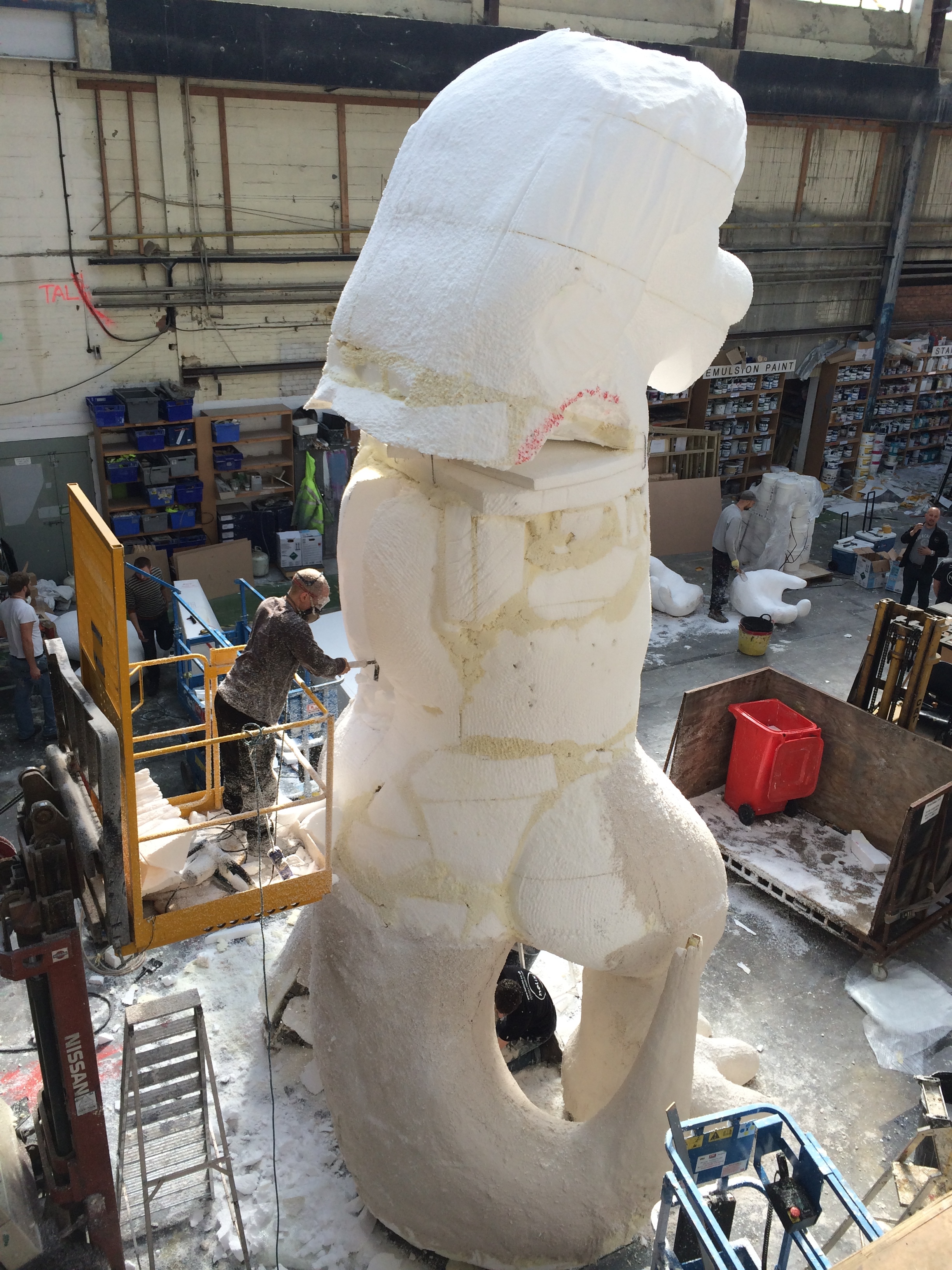 Taking shape; a team of poly carvers producing the features. 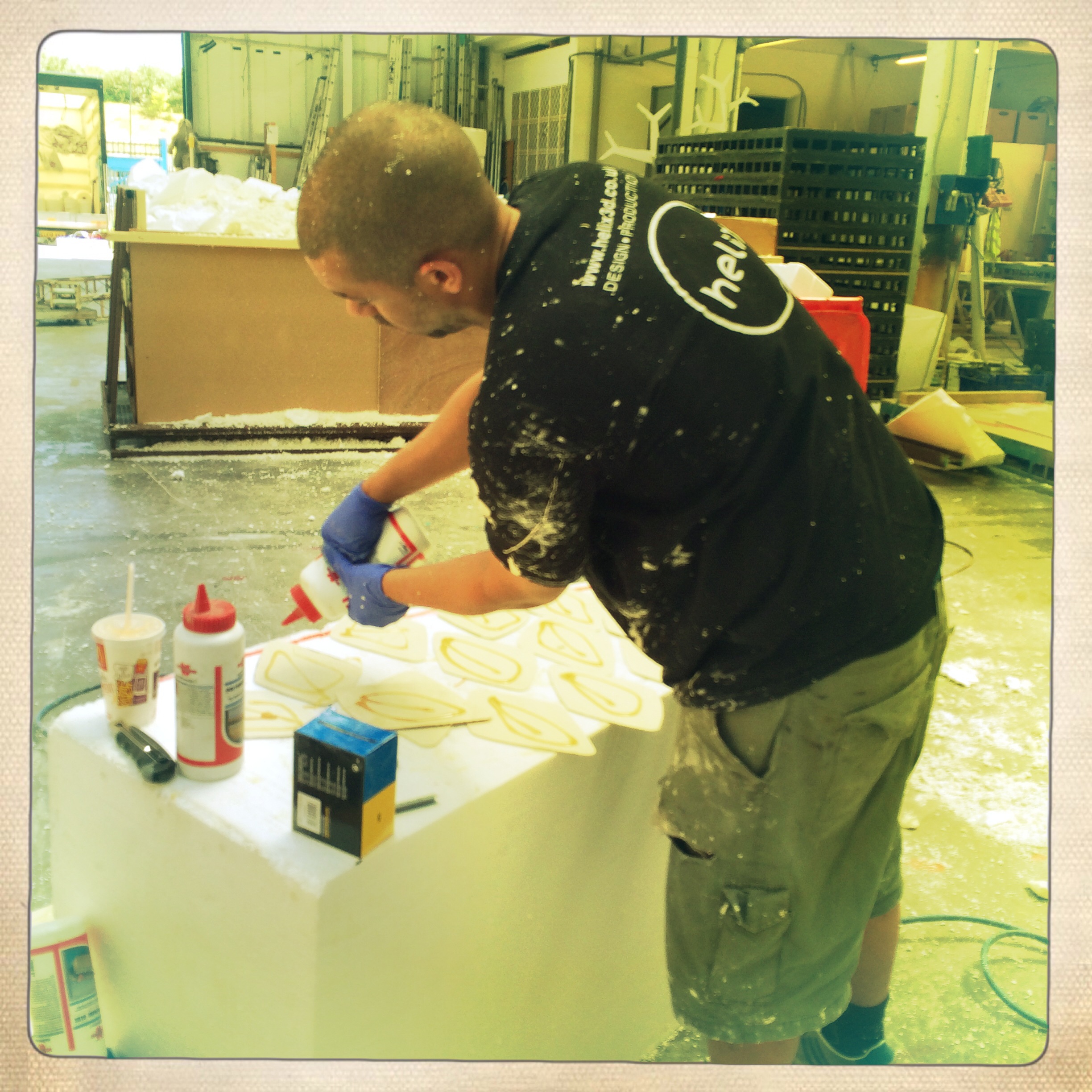 And then for his finishing touches. Over the weekend, with Brian and Dan deciding on the final details, the features came together and he was ready for loading. 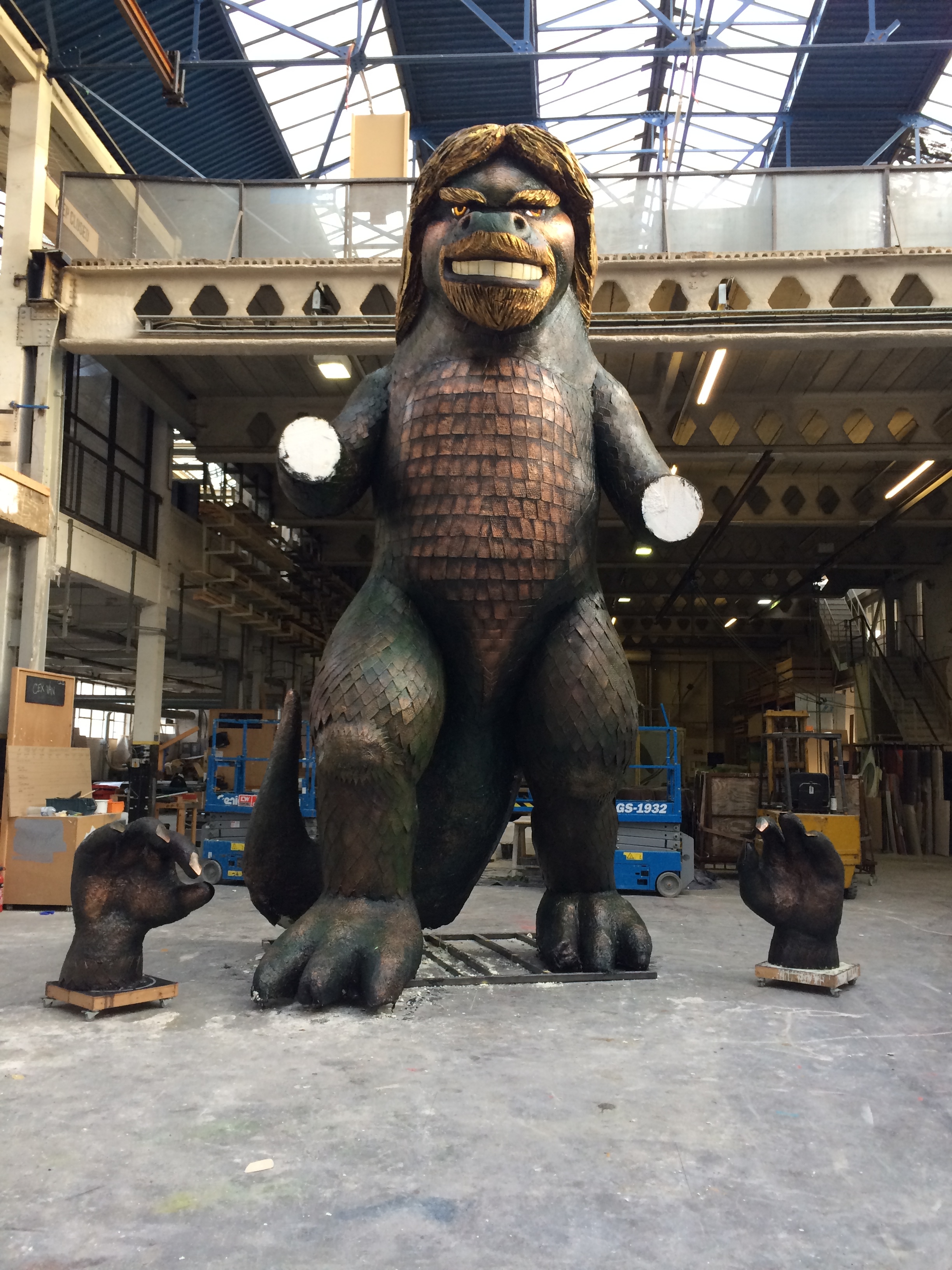 In all his painted glory ready to board his transport to the coast.

At 6 tonnes and 25 eet tall he is quite a monster and has kept our crew very busy over the last week. 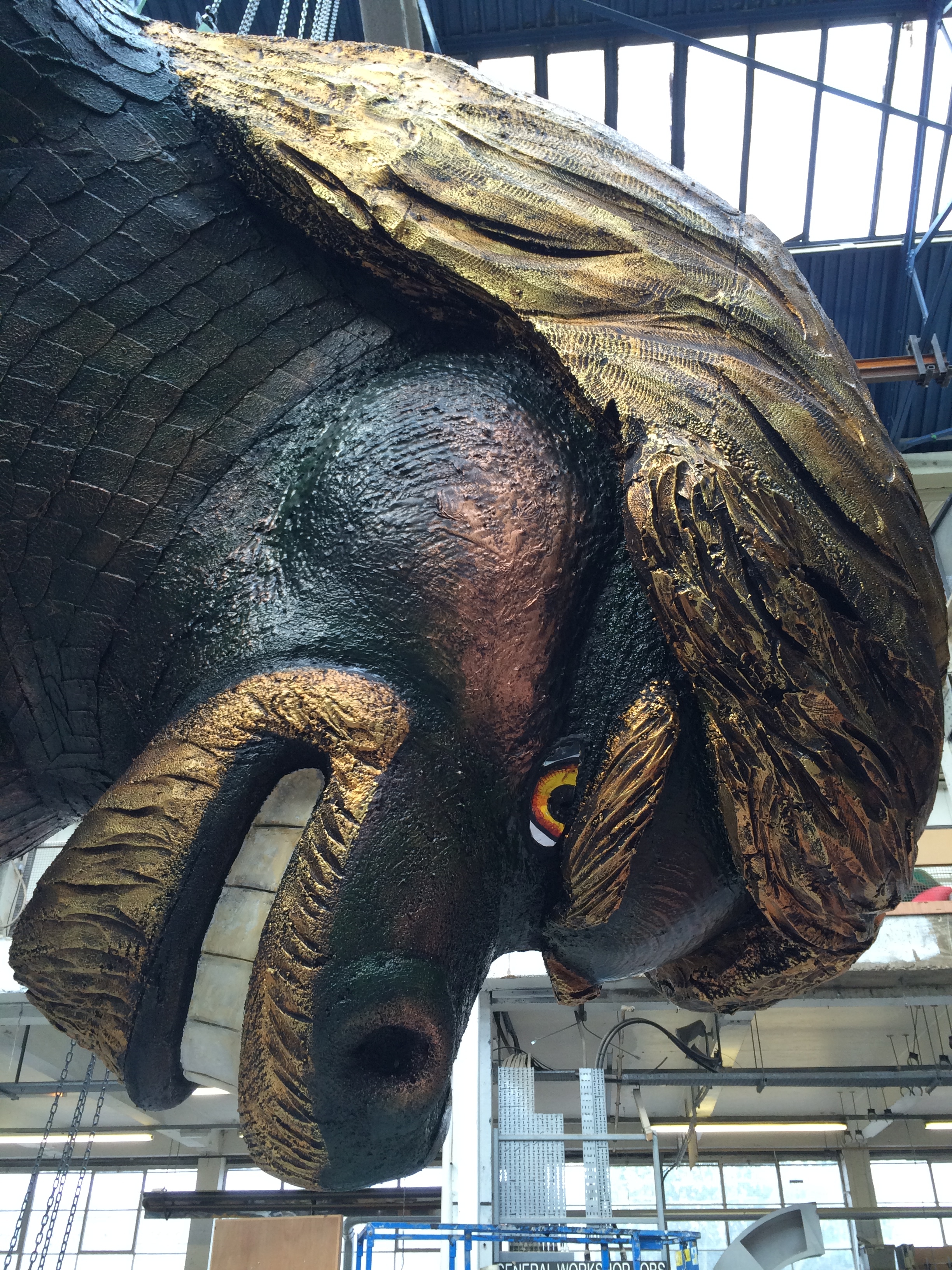 He’s all smiles as the statue is lowered gently on to the flatbed.

Then after a relaxing drive to the coast and a quick paddle in the very early hours of the morning he was all ready to suprise the early dog walkers on Bournemouth Beach. 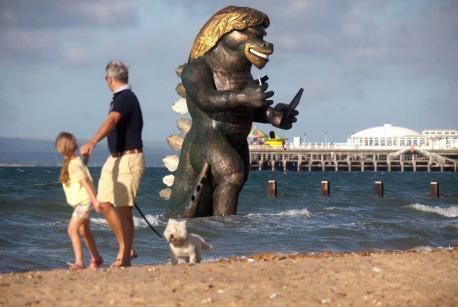 Not your average Tuesday morning on the beach.

Our crew were equipped with waders and wellies and braved the chilly water to manouver him into position. The photographer went to work and then we left it all to Dan and The Academy to launch him on the world.

They seem to have noticed: