Giant Pepper on the loose as Morrisons take on London deliveries

As the capital warmed up for a real London heatwave we set to work on something large and yellow. A team of polycarvers took on a huge amount of polystyrene, the workshop looked like a snowstorm had hit and something began to take shape. 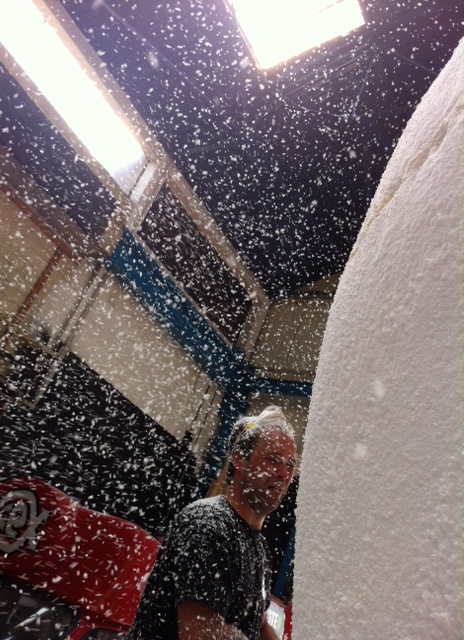 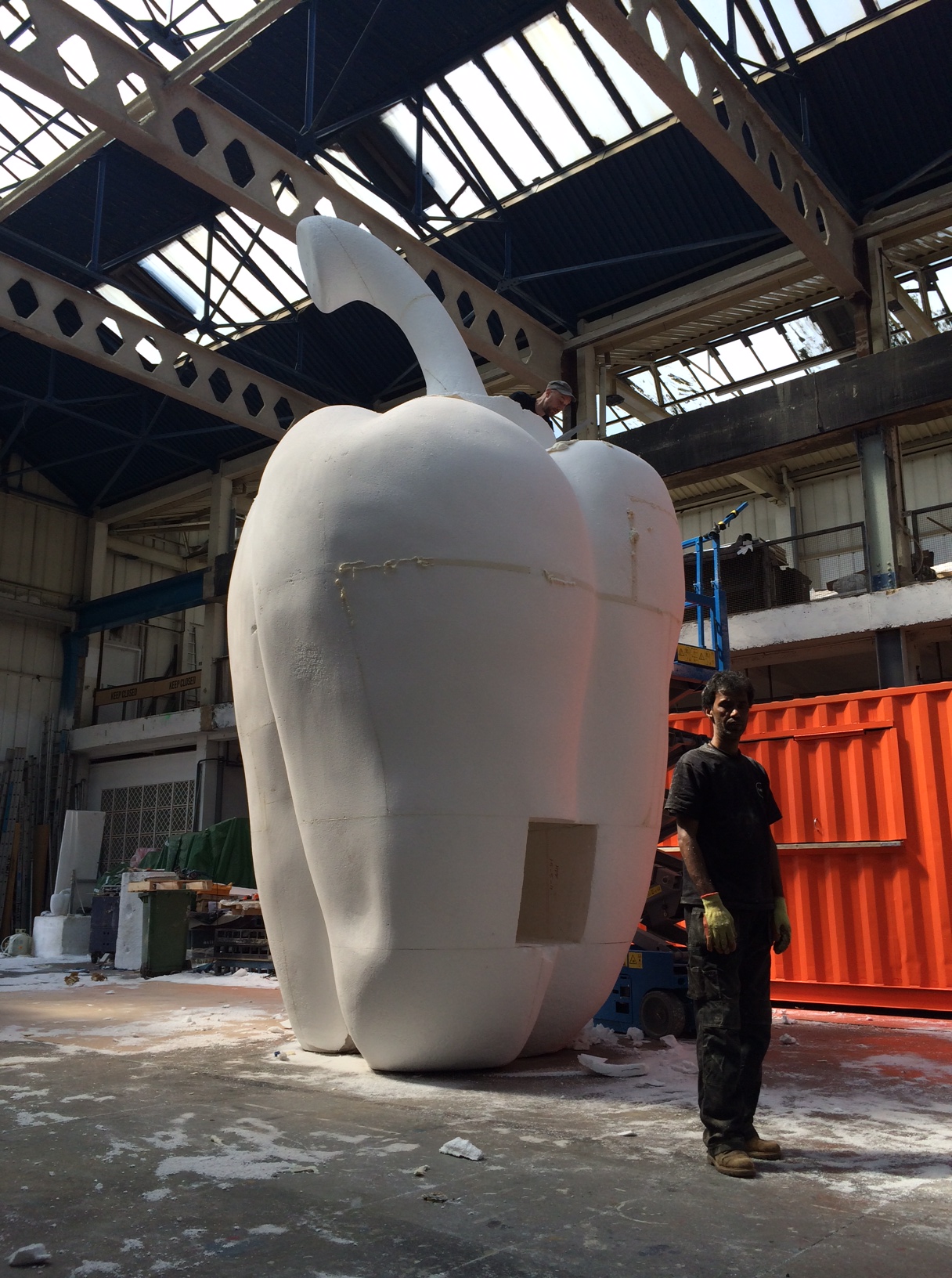 Morrisons have just launched an online delivery service in London, so to help them promote their plan to fill the city with fresh food we produced a Morrisons Pepper. Working with the team at 3 Monkeys PR we designed and carved an enormous sculpture as the focus for the campaign. 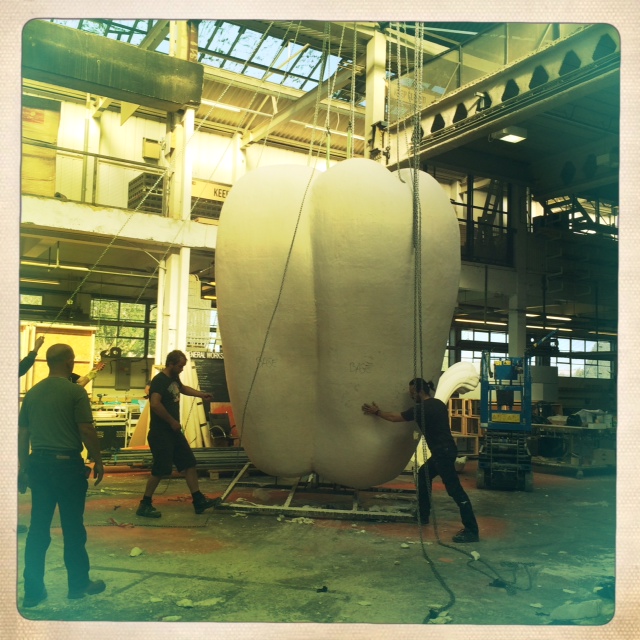 As the plan develped we investigated locations with suitably iconic views and came to the conclusion the Pepper would have to take to the roads. 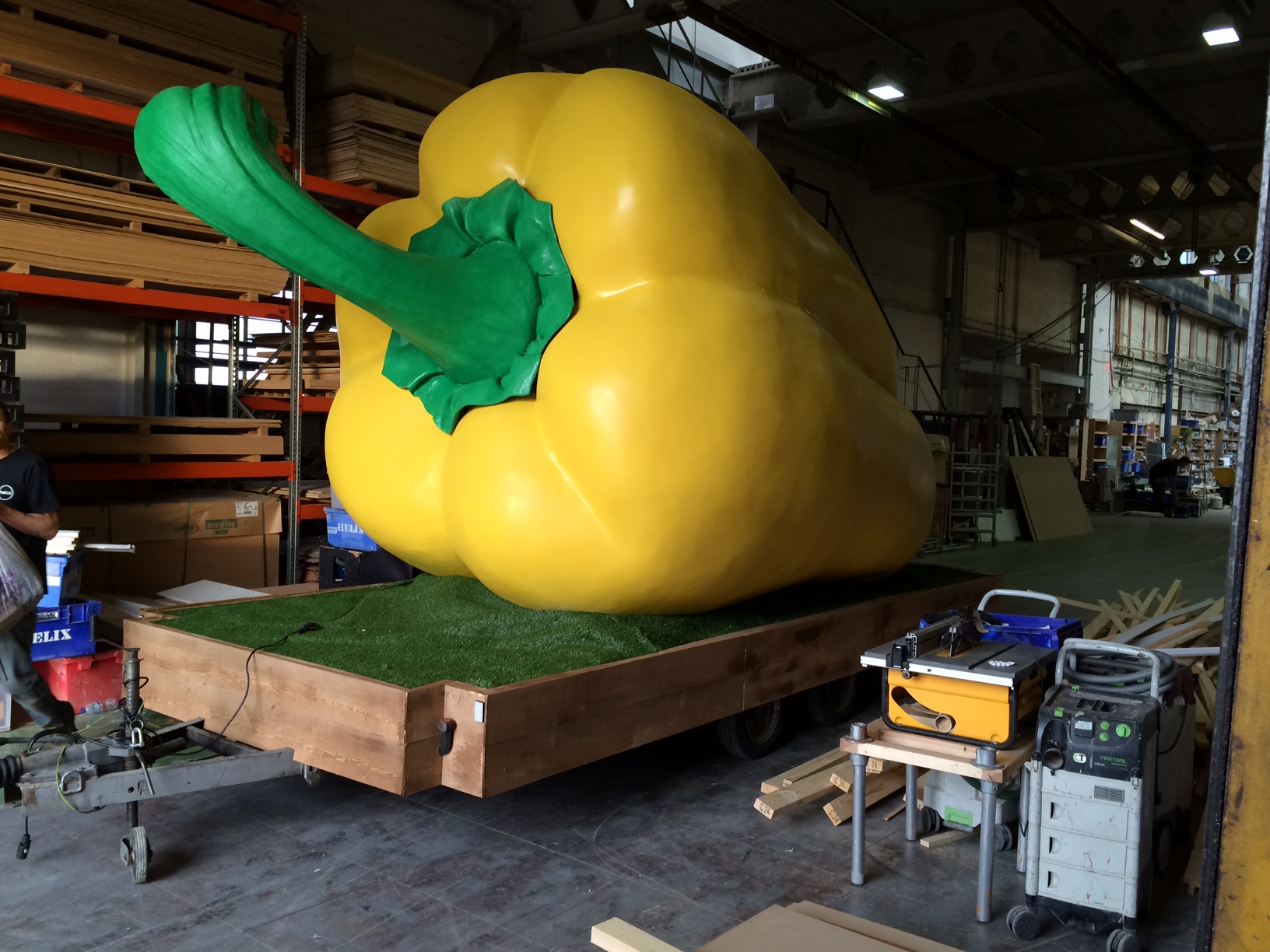 So we sourced a suitable trailer and converted it to the perfect Pepper delivery vehicle. Then with our trusty Landrover towing and motorcycle outrider scouting the route we took to the streets of London as dawn broke.

Our crew suprised some early morning joggers at St. Paul’s, 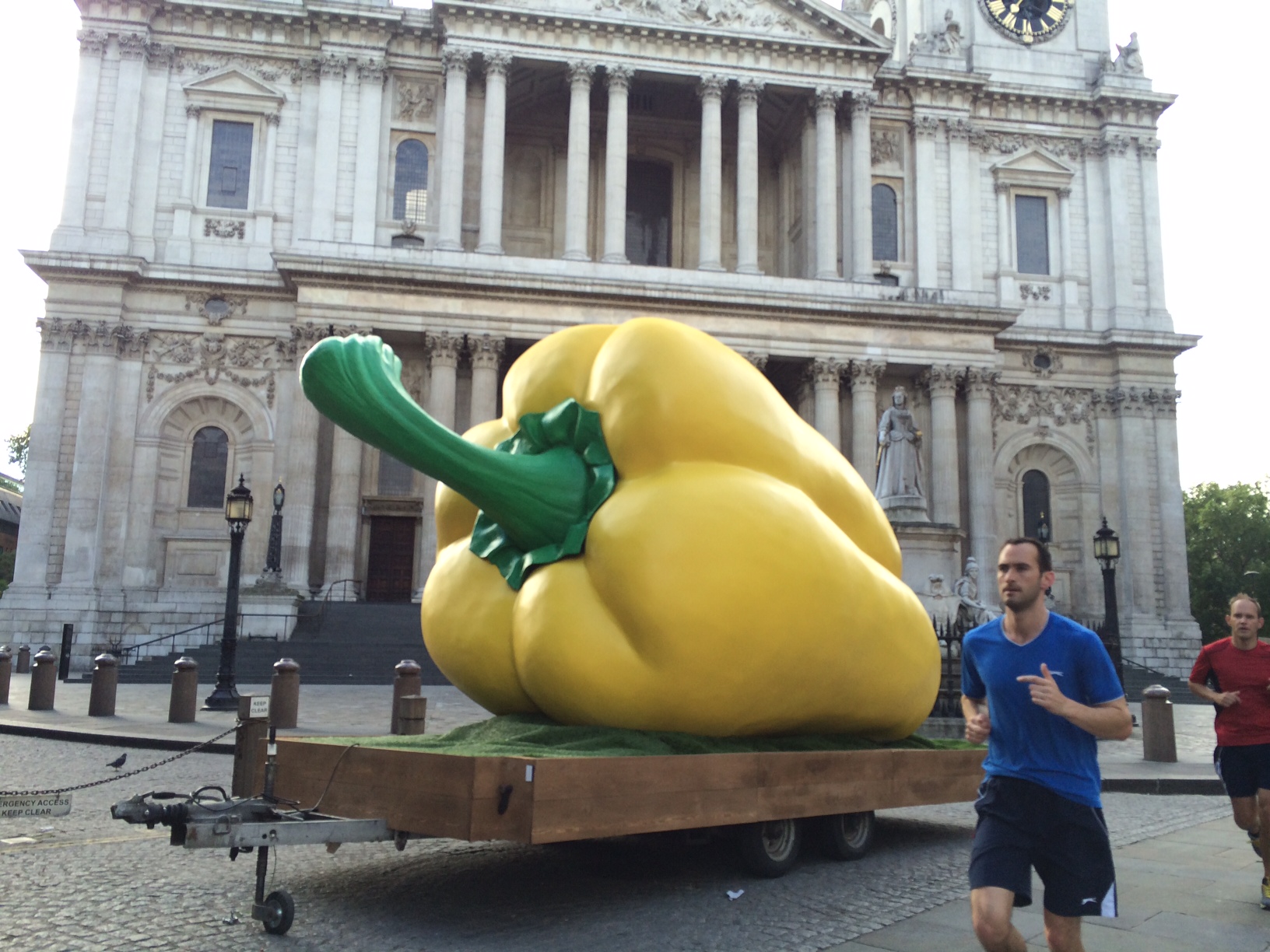 then cruised across Westminster bridge encouraging people to post their images of the pepper with the hastag #spotthepepper for a chance to win vouchers. 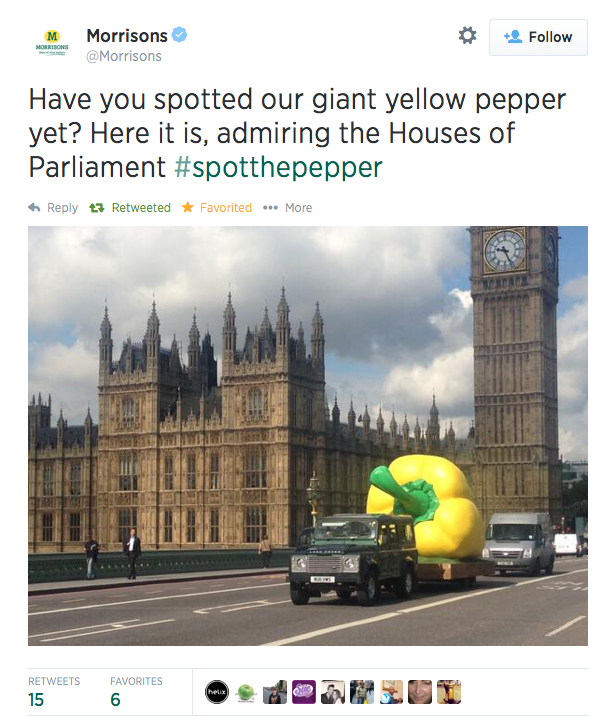 It proved a popular game, with reports coming in from around the city streets. 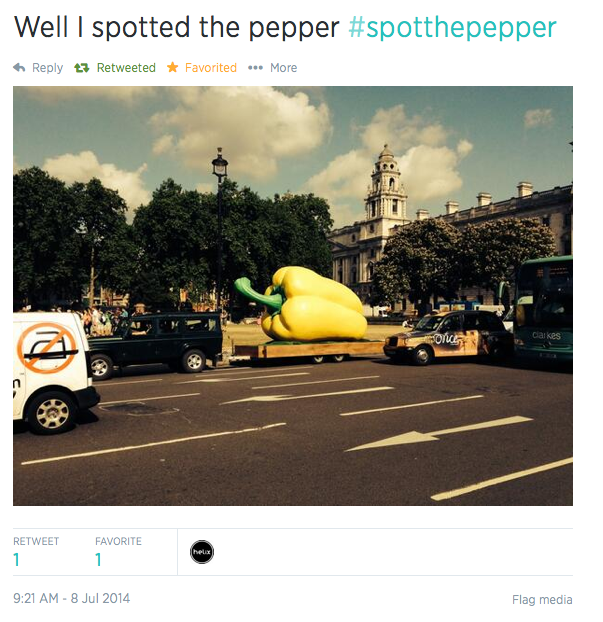 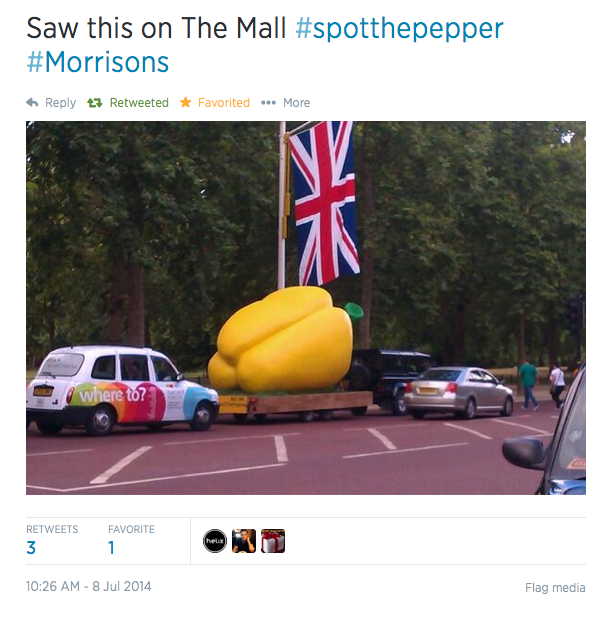 Everyone agreed this was by far our cutest visitor, and she had even brought a pepper to meet ours. 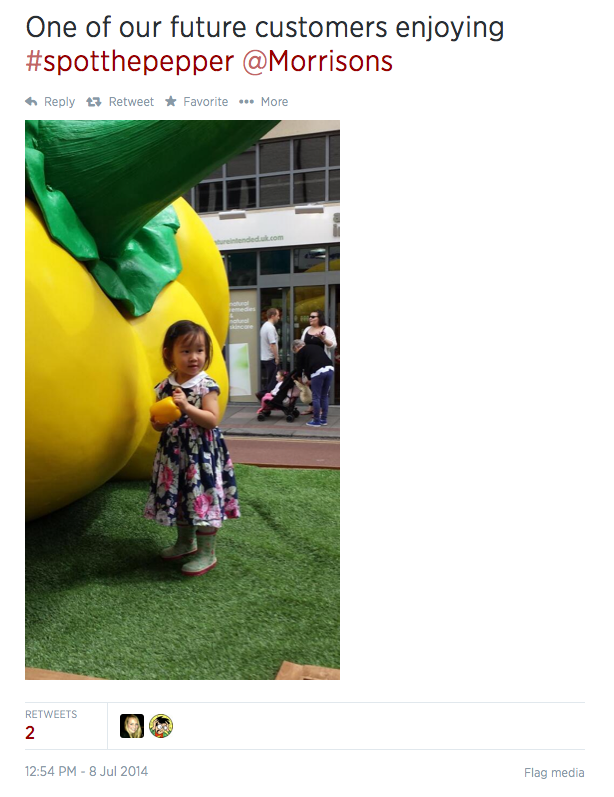 The excitement got picked up in The Metro and with one more skyline catching shot, 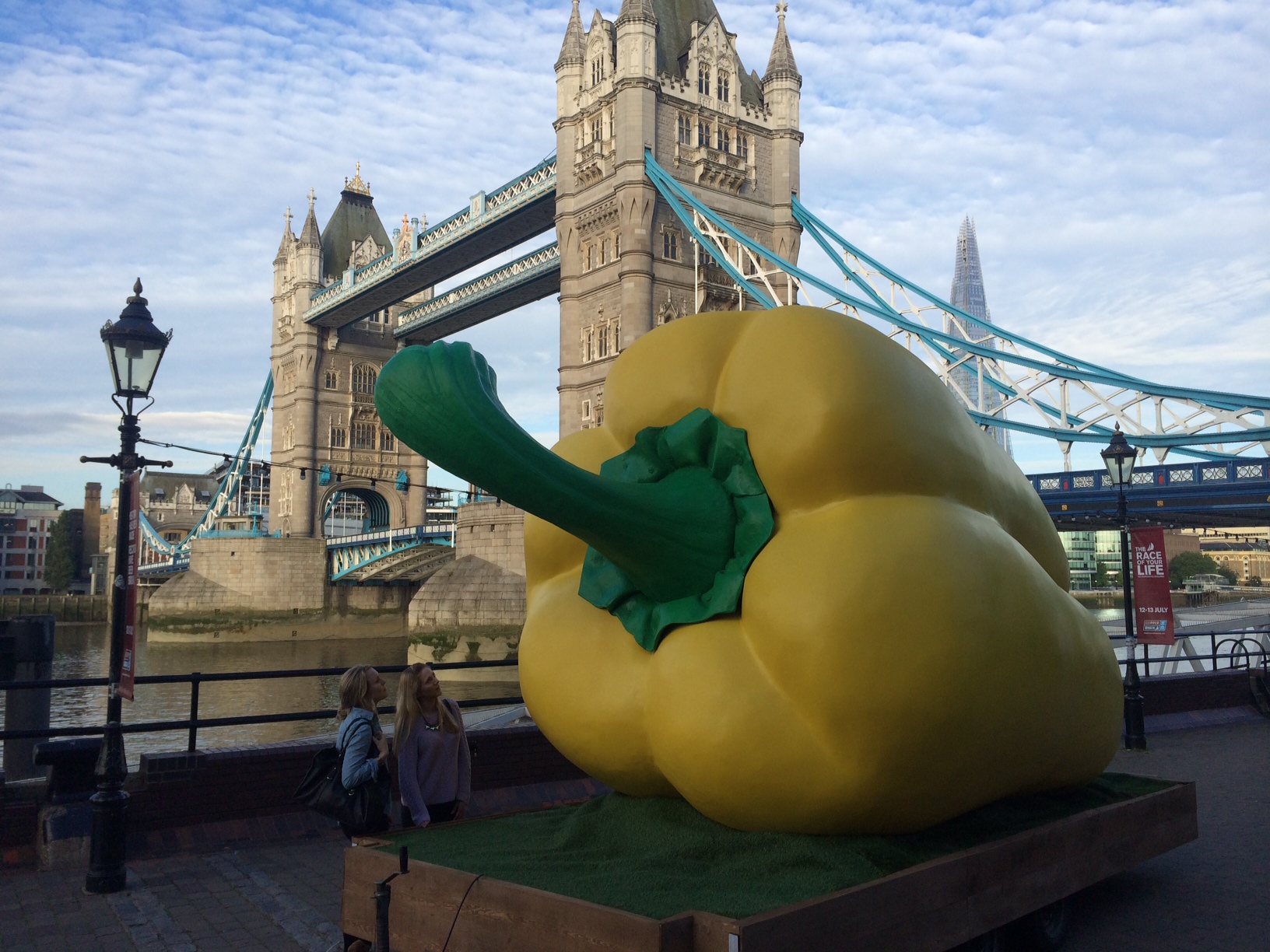 It was off back to HQ for a well earned cup of tea. 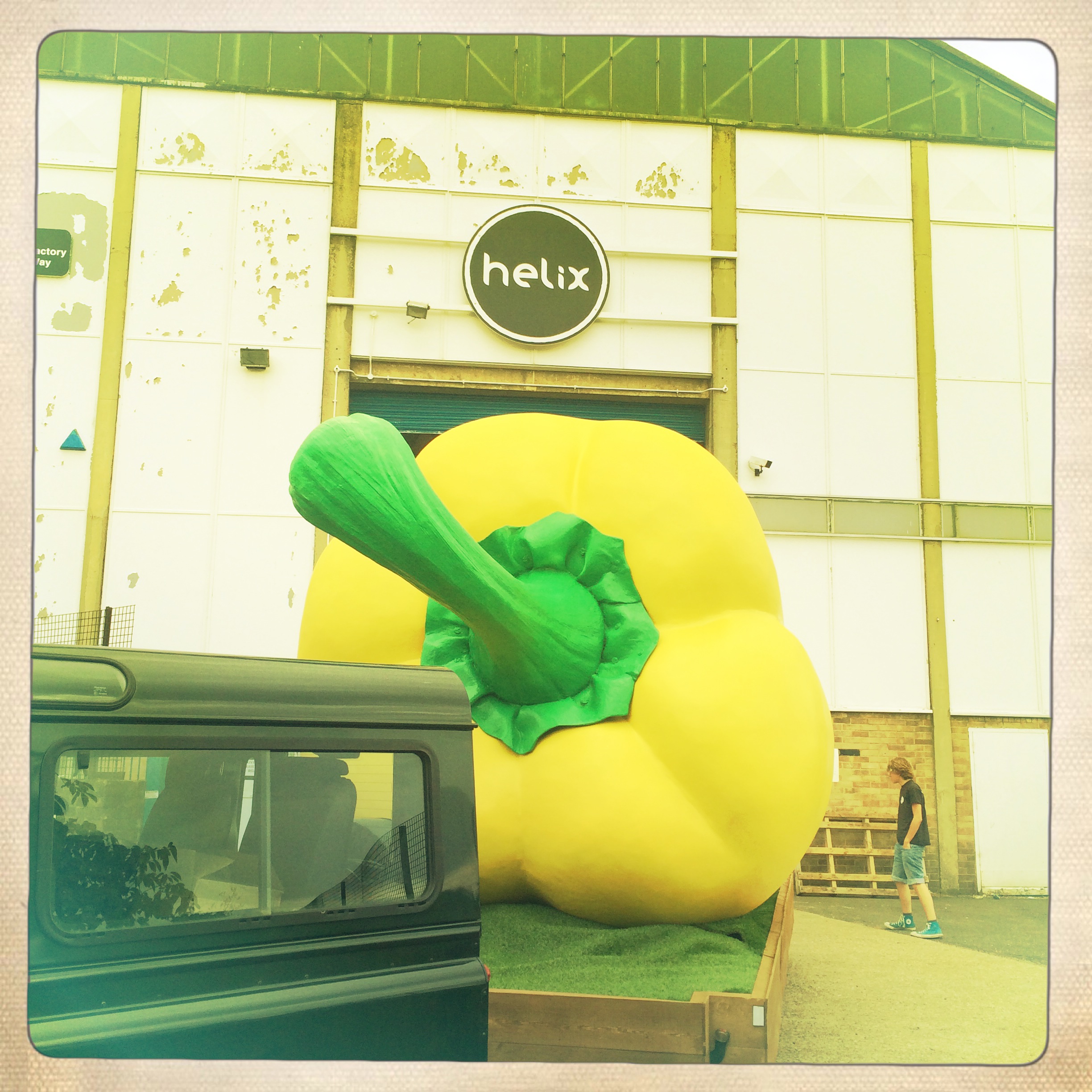 Not bad for a day’s outing for a giant capsicum.